Are Saxophones Part of the Orchestra?

It’s fair to say that the saxophone has long had a mixed relationship with the classical music world – such that you may be much more likely to hear one in a jazz recording than an orchestra. This is despite the saxophone somewhat filling an otherwise vacant gap between woodwind and brass instruments.

So, what are the factors in saxophone history that have contributed to the instrument’s slightly ‘outsider’ status among classical musicians – and what is the saxophone orchestra’s potential in the 21st century?

While there are many varieties of saxophone, such as the soprano and bass, it is the tenor and the alto that are the most widely used.

These two types of saxophone play a similar role in music, having been used by professional bands and orchestras alike. However, they do have certain differences, the most obvious being their size.

The tenor sax is the slightly larger and heavier of the two, while those that desire the utmost ease of use – such as if they are learning the instrument – tend to prefer the smaller and lighter alto sax.

These size differences alter the notes that the two saxophone varieties produce, with the smaller alto sax’s notes being higher and brighter than those of the tenor sax. The latter is therefore synonymous with a mellower, richer and deeper sound.

How do the histories of these sax types vary?

The history of the alto saxophone and tenor saxophone alike have been intertwined with that of both jazz and classical music since Adolph Sax’s invention of the saxophone in the 1840s.

Notable classical musicians to have used the alto sax, for instance, range from Timothy McAllister and Marcel Mule to Sigurd Raschèr and Jean-Yves Fourmeau.

While the tenor saxophone has also seen frequent use in classical music, the history of the tenor saxophone is in many ways grounded particularly in jazz. Indeed, it is surely the signature instrument of modern jazz, thanks to such innovative and influential 20th century musicians as Coleman Hawkins, Lester Young, John Coltrane and Stan Getz.

Given how beautifully melodic a saxophone can be, it is perhaps surprising that so many classical composers are reluctant to fully embrace the instrument.

It has been argued that the saxophone’s relative youth is one factor in this. However, 1840 was still four years before Mendelssohn wrote his Violin Concerto, while the first production of Wagner’s Tristan and Isolde did not occur until decades later. 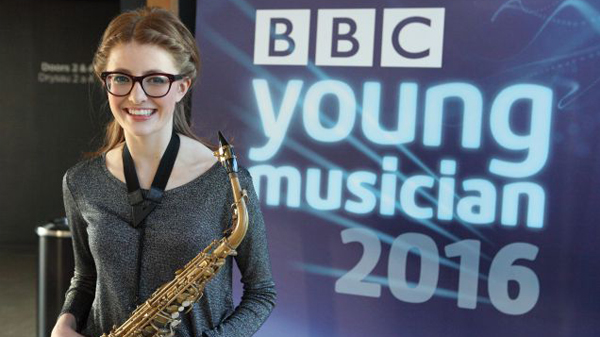 There are signs of change, however. Among the talented young saxophonists now active in the classical music world is Jess Gillam, who won the Sound of Classical Award at the 2018 Classic BRITs.

She has said of the saxophone: “People often associate it with jazz or pop, but they don’t even think about its capacity to be a really melodic, beautiful singing instrument. I think it has a place in classical music.”