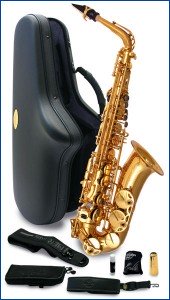 We’re delighted to be selling one of these Selmer Ref 54 DragonBird Collector’s Edition Alto Saxophones. Only a select number (400) of these special reference 54’s have been made and they complete the final year of the ‘Tribute to Bird’ series that Selmer have been running. The series, which was launched in 2005 has seen a ‘bird’ reference for each continent; Hummingbird/America, Kookaburra/Australia, Flamingo/Africa, Firebird/Europe…and now the final DragonBird/Asia.

END_OF_DOCUMENT_TOKEN_TO_BE_REPLACED

This very rare Boosey & Co 4 valve Tenor Horn came into the Brass Workshop this week. It was made around 1920 and has been converted to low pitch. What makes it rare is the fourth valve which could have been added to help with tuning.  We didn’t know this model existed!